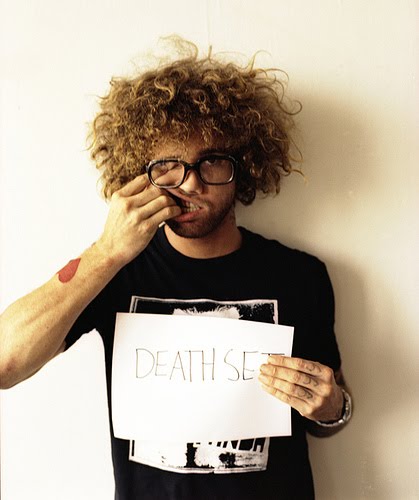 I was doing my usual Twitter catch-up on my shuffle to the L train this morning when I came across this chilling 2:10am post on The Death Set’s and band frontman Johnny Siera’s pages:

“R.I.P. my dear brother, friend and band mate Beau Velasco. For all those who wish to pay their respects I will let know soon.”

At first I thought that I had half-zombiedly read it wrong. Even Wikipedia hadn’t reported it yet, and people tend to jump all over that site the second anything faintly newsworthy happens. But as I was stuck underground and felt my heart slowly sinking into my stomach, I knew that what I had read was true. And even as I tried blasting “Negative Thinking” through my obnoxiously large headphones to drown out my thoughts, I couldn’t escape the reality that I was so desperately trying to run away from: Beau Velasco, co-founder of The Death Set, was dead.

The details are still scarce, almost to the point of nonexistence, which is just exacerbating the frustration I’m feeling since there are tons of scenarios that are racing through my mind that I don’t want, or need, to be thinking about. But the one absolute truth that I can, and will, focus on is that Beau Velasco was a talented artist, both musically and visually, and that I’m glad that he was a part of my life, even if for a short period of time. And however this entire situation plays out, absolutely nothing can change that. I hope that even in Beau’s death that The Death Set can find new life, energy, and drive to move forward and rock harder, faster, and meaner than ever before.

GIF of the Day